Indian researchers have followed a rare supernova explosion and linked it to Wolf–Rayet stars, or WR stars, one of the hottest types of stars.

Gravitational waves, black holes, and other space science phrases are frequently employed these days. Basic terminology, on the other hand, are critical and must be adhered to. A layperson, for example, may have difficulty distinguishing between Novae-Supernovae, Neutron Stars, and Nebulae. UPSC frequently tries to catch you out on such minor disparities.

Wolf–Rayet stars upsc (WR stars) are a rare heterogeneous group of stars with peculiar spectra that feature conspicuous wide emission lines of ionised helium and highly ionised nitrogen or carbon. The spectra show a lot of surface amplification of heavy elements, a lot of hydrogen depletion, and a lot of star winds. Wolf-Rayet stars have surface temperatures that range from 20,000 K to roughly 210,000 K, making them hotter than practically all other types of stars. They used to be known as W-type stars, which referred to their spectral classification.

Right #now Chandra is peeking at a pulsar in Sagitta! Nearby in the sky, Wolf-Rayet star WR 124 and its surrounding nebula. This star will eventually explode as a supernova, spreading elements into space at incredible speeds! More on Wolf-Rayet stars: https://t.co/5d49OqJRuo pic.twitter.com/K4QbdYIUbn

Indian astronomers monitor a rare supernova explosion From which it is known about a Wolf Rayet stars or a WR star.This star is one of the hottest stars.

Actually, the autonomous institute in Nainital, which comes under the Department of Science and Technology, Government of India ” Aaryabhatt prection shidh sansthan”A team of astronomers from the Institute met in 2005 with international collaboration “NSG 7371 galaxy” Optical monitoring of supernova named in “SN 2015 DJ” which led to the late achievement.

This work of scientists has just been published in The Astrophysical Journal.Scientists also discovered that the orignal star was a mixture of two stars.One of which was the vast star and the other was less than the Sun in mass.

Rare Wolf Rayet stars are about a thousand times brighter than the Sun, these stars are one of the hottest stars.

These Wolf Rayet stars are very bigWolf Rayet stars in the sky, there is hydrogen present in the outer part of these stars, which is related to Helium and other elements.

By monitoring this type of large supernova explosion, scientists will get more information about these rare Wolf Taro.

What topics have Indian researchers looked into?

1) What is Wolf rayet stars upsc ?

2) What kind of star is Wolf-Rayet?

Typical (or Population I) Wolf–Rayet stars are large, evolved stars that have lost all of their outer hydrogen and are fusing helium or heavier elements in their cores.

These UV photons ionise the gas in these shells, resulting in the Wolf-Rayet stars’ signature emission lines. Only about 200 Wolf-Rayet stars have been discovered in our galaxy. These stars, with apparent magnitudes ranging from 9 to 12, are plainly visible because to their tremendous brilliance.

Today Above in this article i have told that what is Wolf rayet stars upsc, What topics have Indian researchers looked into?, What is Supernova? so if this article is helpful then comment. 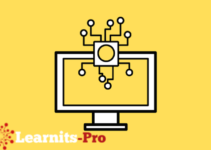 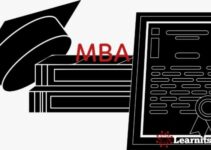 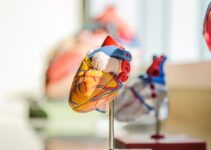 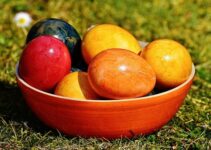